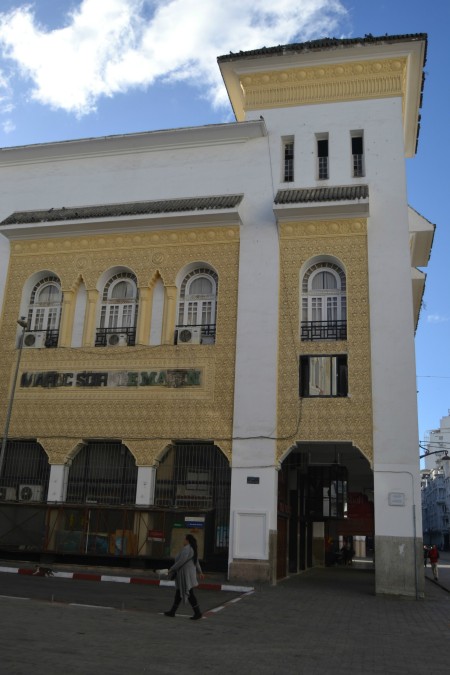 Just as the muezzin began the call to prayer, a man lurched into the middle of the boulevard, swayed like a palm in the wind, then tottered diagonally at speed to the pavement and collapsed at the feet of another man sitting outside with a café noir. He pretended not to notice.

“Casablanca is not Morocco,” said the novelist, Paul Bowles, in 1966, “it is a foreign enclave, an alien nail piercing Morocco’s flank”. It is different, for sure, from the rest of Morocco, but it is as much Morocco as Marrakesh, and as interesting in its way. It is just not the Morocco the tourists expect.

There is an ancient Medina, but it is not much to look at and the tourists hurry away disappointed and urge others not to go. They miss the point, though. Casa is not about souks and snake charmers, carpet shops and donkey trains: it is about the ville nouvelle.

The French meant the new town to be a shop window for the Second Empire. General d’Amade let slip the scale of their ambition in 1928 when he wrote that, “by the end of the century, French North Africa will be the United States of today, with Casablanca stepping into the shoes of New York”. Of course, that was not quite how it worked out.

Planners and architects, frustrated by the conservatism of the authorities in France, flocked to Casablanca where they were free to do more or less what they liked. They schemed grand boulevards, lined with palm trees, connecting to monumental squares. They imported Art Nouveau and Art Deco and blended in classical Moroccan touches to create a Néo-Mauresque style of their own. 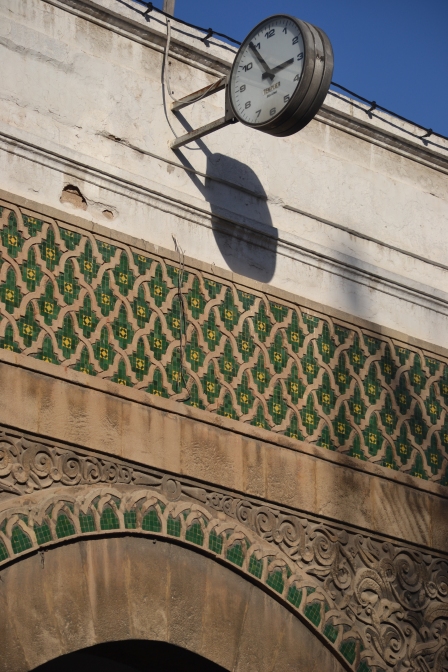 The streets are not spotless anymore; the facades no longer gleam.

Boulevard de la Gare was the grandest of the grand boulevards in colonial times, stretching proudly from Casa Voyageurs station to the old Medina with upmarket shops beneath its porticos and marble-floored arcades leading through to adjacent boulevards. The luxury shops are long gone from what is now called Boulevard Mohammad V.

At the station end of the street, the rusting shutters look as if they were rattled down decades ago; the signs are from a bygone age. One shop has been gutted behind the grille and filled up with 10, 15, goodness-knows-how-many years of Coke cans, cigarette packets, fast food containers and rubble, all coated with a thick layer of grime. Ruined men lounge in doorways and rummage in bins. Kids kick a scuffed football between the walls of an alley. 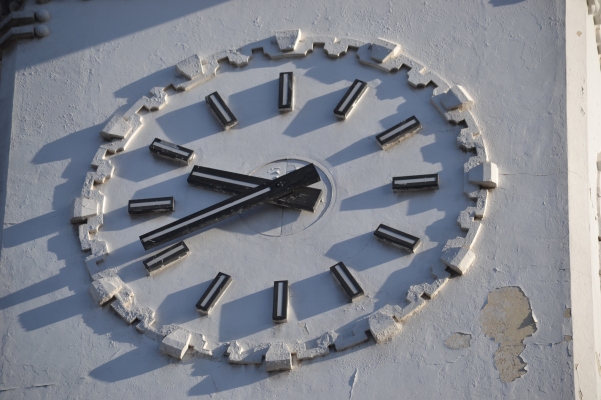 But to fixate on how much the ville nouvelle has declined is to see the glass half-empty. The point is how much has survived.

Casa Voyageurs’ clock tower can still be seen way down the boulevard, just as the planners intended in 1923. It is always half past two, twenty to six or a little before quarter to ten, depending which clock face you check. The monumental buildings which the camera panned across in Salut Casa are by and large still standing.

Restaurant Petit Poucet is much as it was under the French Protectorate, with the original bar which Albert Camus, Antoine Saint-Exupéry and Édith Piaf have all leant against.  At the end of the block is the Maroc Soir and Le Matin newspaper offices. A few letters have dropped off the facade, so Le Matin is now just  e Ma  n, but it is a nice example of Casablancan Néo-Mauresque, as is the Central Market across the road with its keyhole-shaped arch and green zillij tiles. 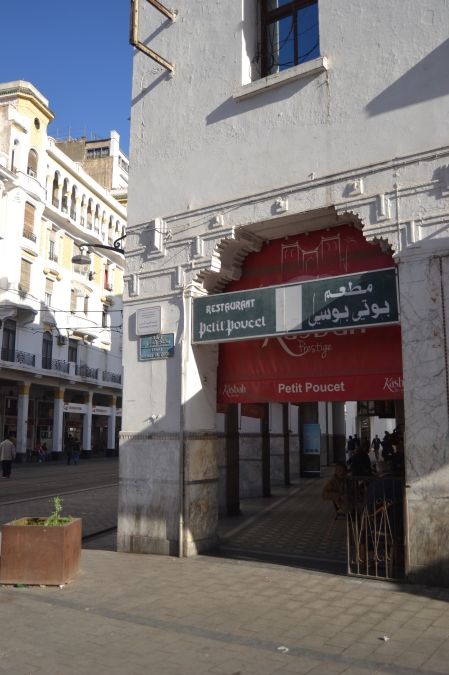 Avenue Hassan II still has dazzling white Art Deco buildings, the town hall, the law courts and the Main Post Office from 1918 with its columns and arches and a frontage of zillij tiles in emerald green, royal blue and gold

You could lose a day wandering the streets in the scalene triangle between the Medina, Parc de la League Arabe (the French called it Parc Lyautey) and the Central Market, remembering to look up to see curving balconies, zillij tiles, ornate brise-soleil, entrance gates worked into the shape of peacocks and bouquets of flowers, ghost signs from the days of the Protectorate, and the huge stone crown topping La Princière salon de thé.

There is a hint of a renaissance in downtown Casa. The Art Deco Cinéma Rialto and half a dozen period hotels have been beautifully restored inside and out. The new tramway has thinned out the cars whose exhausts had been filthying the grand old buildings since colonial times.

But there is a tension between those who want to preserve the heritage and those who have to pay for its upkeep. The old Hotel Lincoln is emblematic.

It was the first landmark building on Boulevard de la Gare, a masterpiece of Néo-Mauresque. But it lost its lustre after the French left in 1956 and the owner has, reportedly, wanted to tear it down for decades so that he can build an office block. Campaigners persuaded the authorities to list it as a historic monument, and since then it has been left to rot.

The roof caved in a long time ago; one floor collapsed in 1989 and killed two people, another section fell down in 2004, killing a homeless guy who was sheltering inside, another in 2009, and yet another in 2015. Only the crumbling walls of the central section survive…for now*. 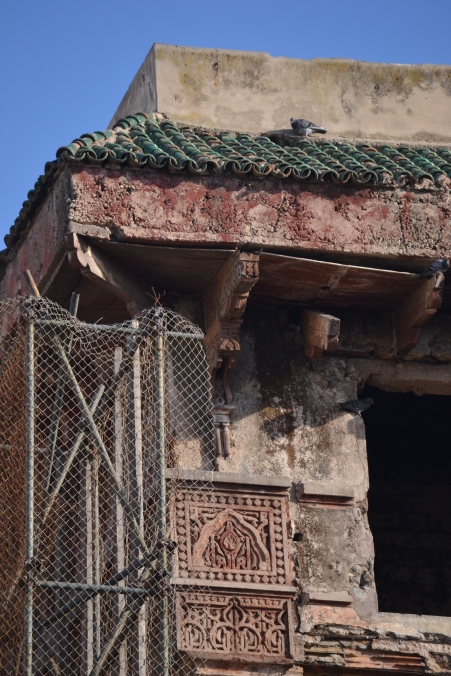 Casa’s future is hard to predict. It could become an African Valencia with its Art Nouveau and Art Deco facades rejuvenated, or it could be another Coventry: a city which once had buildings worth seeing.

*2020 UPDATE: The facade of Hotel Lincoln is now being preserved and rebuilt as part of a new 5 star hotel project by a French consortium