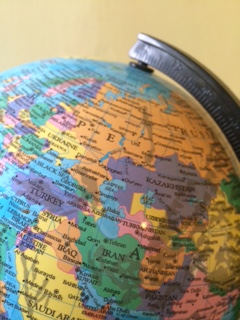 Alfred Sauvy is now so little known – at least outside France – that Wikipedia can only narrow his birth to the year 1898 and his death to October 1990. He was a demographer, anthropologist and historian , which are three reasons why he is not better known; but he left a lasting legacy when he wrote of Tiers Monde: the Third World. The phrase is still in everyday use sixty years on, although not in the way that he meant it.

Sauvy saw the Third World as the jumble of states unaligned with and “ignored, exploited, scorned” by the two great Cold War power blocs: NATO (the First World) and the Eastern Bloc (the Second World). It was not about relative wealth. Much of the oil-rich Middle East was in Sauvy’s Third World. Nor was it a measure of development. We would call Laos, Vietnam and Cuba developing countries, but they were very much part of the Second World when they went communist (as they all, at least nominally, still are).

Quarter of a century after Sauvy’s Second World vanished, the terms “First World” and “Third World” have morphed into a shorthand for developed and developing countries. So now there is a First World and a Third World but no Second; some of the old Third World is arguably now in the First, and much of the Second is now in the Third, although some might be said to be in the First.

But that is no more confusing than a “West” which includes Australia and New Zealand but not South or Central America.