Las Vegas, said Hunter S Thompson in his craziest book, “is not a good town for psychedelic drugs [because] reality itself is too twisted”. It is even worse now.

Elvis is alive and everywhere at once. He shares street space with Spider Men and Optimus Primes, and a man with a sign which reads “kick me in the nuts for $20”.

New York is a few steps from Egypt and Rome, and Paris and Venice are across the street. The Ponte Rialto joins the Campanile to the Palazzo Ducale, and gondolas slide through glacier-blue waters. The Eiffel Tower sprouts from the roof of the Louvre; and New York’s great sights are lined up in a row. It is a bit like the world, but with a lot less walking.

MGM has lions, Mirage has tigers, and all the casinos have cougars. Bellagio has an eight acre lake with hidden fountains which break the surface twice an hour (more often at night) and squirt and dance to music, then stop and retreat underwater.

Luxor is a 400 ft pyramid with a replica sphinx guarding its doorway. Excalibur is a cartoon medieval castle, which would definitely not agree with psychedelic drugs. Paris, Las Vegas (so named in case anyone thinks they have walked by mistake to Paris, France), New York, New York, and the Venetian are amalgams of landmarks in the cities they represent.

If you were as drunk as you were supposed, by tradition, to be in Vegas, you would never quite know whether you were inside or out, or what time of day it was. The shops and restaurants are behind facades which look like a street scene to continue the theme outside, and roofs are painted to look like the sky, and the lighting fools your brain into thinking it is perpetual evening. There are – famously – no clocks to contradict it. 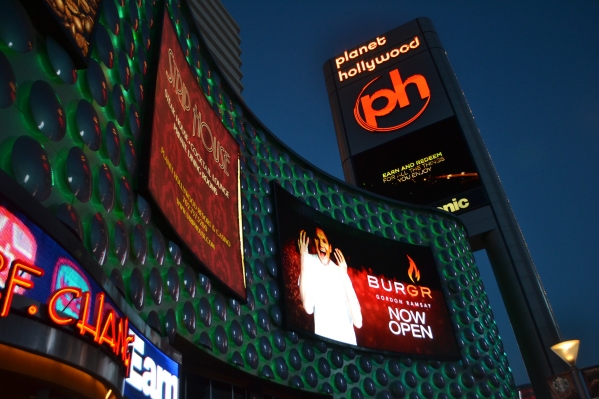 Five per cent of visitors say that they are there to gamble. Ninety-seven per cent actually do gamble. They get through an average $250 a day. It earns the state $9 billion a year.

It is all but impossible not to go in a casino at some point. You might be unmoved by the bright, beckoning signs, uncurious about the fanciful themes, indifferent to celebrity chef restaurants and superstar DJ’s, magicians and singers and dancers, but you will still need to pass through a casino or two to get to the monorail, or just to walk the length of the Strip.

And they are so bewilderingly huge that it is hard to get out once in. You follow the signs to the street or the monorail from one room to the next; you go up and down escalators, through bars, past the tables for blackjack, baccarat, poker and craps, past a hundred slot machines and a hundred more until, finally, you get back to where you started. 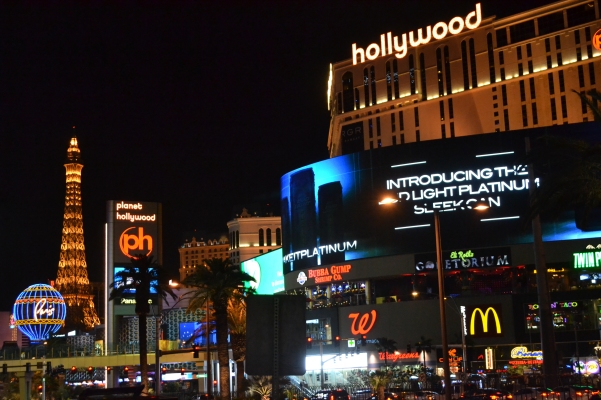 It is mesmerising to gaze across a stadium-sized casino at the rows of slot machines stretching away to seeming infinity with their flashing lights and plunky music, and the tables, and the sports books with every game and ever race playing at once on the big screens and a wall full of digital statistics which mean as little to me as the company data they print in the Financial Times.

I saw hundreds of dollars robotically fed into slot machines but never saw a cent come out. I heard one shout of triumph from the tables but who knows how much the guy invested to get there. Some apparently make a living from gambling but it is hard to see how when the odds always favour the house.

The fountains dance, the lights pulsate, the music pumps and big rigs haul in more beer. It is sleazy, it is tacky; it is overblown in every way. Yet there is something compelling about it, something you cannot help like.

4 thoughts on “Beer and Losing in Las Vegas”