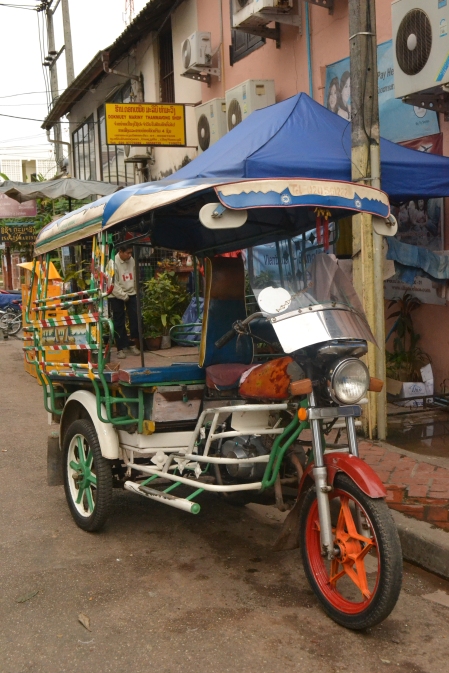 “Vientiane’s not exactly your giant metropolis, old boy,” said a repellent character in John Le Carré’s classic novel, The Honourable Schoolboy. The city is always there, in the background, referenced throughout, and a central character even spent time there, but somehow it never acquires three-dimensional shape.

It is much the same in real life.

Vientiane passed largely unnoticed by the outside world through the tragic, tumultuous history of Post-War Southeast Asia. It has none of the resonance of Hanoi, Saigon or Phnom Penh and little of their heritage, beyond the occasional colonial building, often derelict, overgrown, forgotten.

Even the familiar soundtrack of the region, the howling scooters, the cacophony of horns, the too-loud music, the shouting vendors, is strangely muted. The tuk-tuk drivers let you pass without hustling for business. No one follows you down the street, revising their prices for the trinkets you have already declined. You are not constantly offered sex, drugs and spring rolls.

There is a handful of splendid temples, but I am not sure they would have merited more than a polite glance if I had gone the other way round and seen Chiang Mai and Luang Prabang first. There is, as well, the notorious ‘vertical runway’. The United States, desperate to keep Laos from going communist, sent funds and materials to build an airport, but instead the royalist government built a massive triumphal arch: a Buddhist Arc de Triomphe. Laos went communist anyway.

I was out at eight to explore the city and had run out of things to see by lunchtime. Once I had reserved a seat in a minibus out of town next morning, there was nothing to do but to go to the National Museum. It is in one of the best of the surviving colonial buildings, once the French Colonial Governor’s residence, and – with depressing predictability – it is due to be torn down any day soon to make room for a hotel. 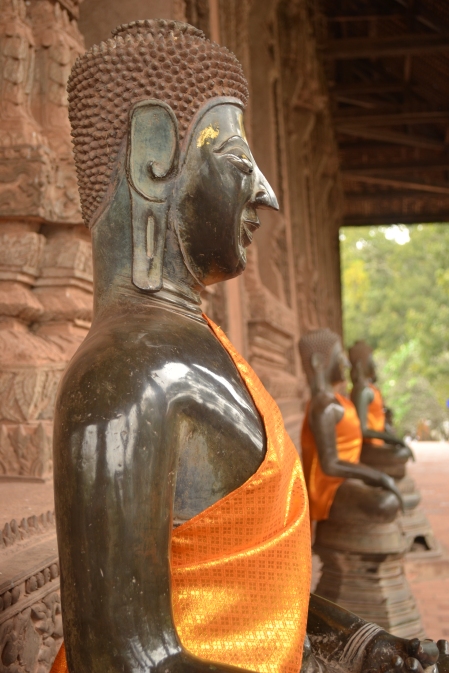 It had the forlorn air of small-town museums run by old ladies, with a few real treasures bulked out with maps and models and the sort of stuff which clutters up garden sheds.

The first floor is devoted to modern history, which here – in one of the few remaining Marxist-Leninist states – is weaved into a coherent narrative of revolutionary struggle. The bitterness is undisguised, but understandable too.

Laos has spent much of its history having indignities done to it by more powerful states. It has been sacked, invaded, colonised, administered, bullied, propped up, used as a proxy and had 270 million cluster bombs dropped on it by a faraway superpower for fear that another superpower might acquire it as an ally. Forty years on, Lao children still routinely lose arms and legs when they happen upon one of the 80 million which failed to explode.

French colonial rule is represented by paintings in the style of First World War propaganda, showing snarling soldiers clubbing women to death with rifles and dropping babies down wells. Rusting guns and faded flags commemorate “The fighting to liberate the connty [sic] against the American Imperialists and the puppet soldiers from 1954-63”.

The tabloid language might have been copied straight from the museums in Hanoi and loses the story some of the force it would have if it were just told straight. It is probably for the good that a lot of the captions are along the lines of:

“The weapons with which the carbon farming was Imperialist US.”

“The weapons caron farming as you guard leader in the time from.”

With this as a benchmark, you have to applaud the tuk-tuk drivers on the street outside for advertising trips to the “Fendship Bedge,” the “Fiendship Brege” and the “Freshdip Brig”.

None is quite Friendship Bridge, but you can at least understood what they mean.