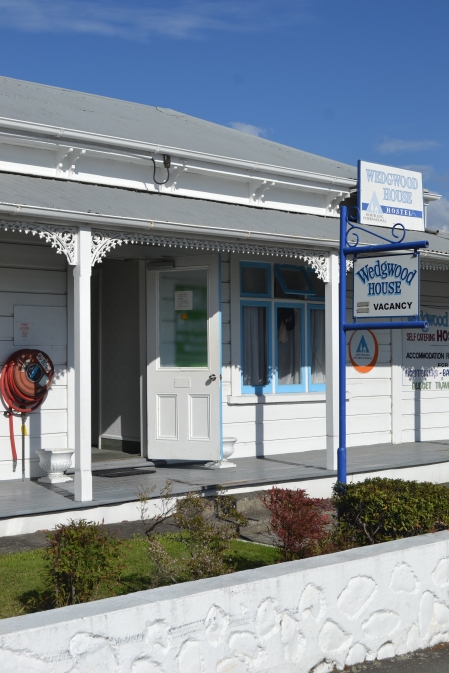 I spent the night in Picton because that was where the ferry docked.

It is on the same sort of scale as the arse-end-of-nowhere village I grew up in, with about half a dozen streets and a harbour. Notable people who have lived there are said to include the 37th-to-last man to be hanged in New Zealand. It has at least one heritage building, and Katherine Mansfield wrote a short story, The Voyage, about people leaving it for Wellington.

My hostel had the air of a seafront hotel in winter. I had a four-bed dorm to myself. A clock ticked oppressively in the communal room. A Japanese guy, sitting alone, was working his way through a big box of beers and there were two rows of empties on the table. There was a European guy at the other side of the room, ignoring him. He mimed deep concentration on his book as I walked in, so he could get away without saying hello. The Japanese guy was too distracted by the beer. We three seemed to be the only guests.

It felt wrong, somehow, to make noise in the kitchen, so I cooked as if someone were sleeping nearby, ate quickly and had an early night; I was asleep well before ten. 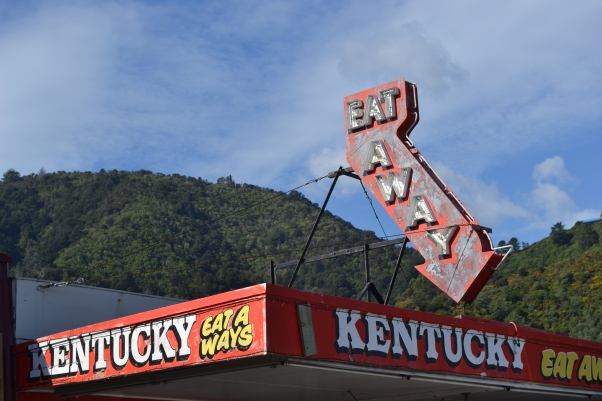 I was full of energy and cheer in the morning, then, and went for a run around Picton. It did not take long. Once I had showered and changed and tidied my backpack to kill some more time, there was nothing to do but check out and walk slowly to the bus interchange. There was still plenty of time to see the hulk of the tall ship, Edwin Fox, before I caught my bus.

It was built in Calcutta in 1853 (Edwin Fox, that is, not the bus) and took troops to the Crimea, convicts to Australia and migrants to New Zealand before it was retired and used as a bunker for coal. It was left to rot on a beach for decades and it is in a shocking state now. But that makes it more interesting, to my mind, than a carefully-restored ship on which the only original thing is the name.

It is claimed as the Oldest Merchant Sailing Ship in the World and the Ninth Oldest Ship Afloat, but I find it hard to believe assertions like that because they rarely turn out to be true.

I was bored enough to check the point, this time, and sure enough a quick Google search threw up a merchant sailing ship named Charles W Morgan which was built twelve years before Edwin Fox and still sails around New England. Edwin Fox, moreover, is in a dry dock, so it is not afloat at all, let alone the ninth oldest ship afloat.

But none of that matters much. It is an interesting old ship, and they ought just to leave it that.

2 thoughts on “Picton Picked On”