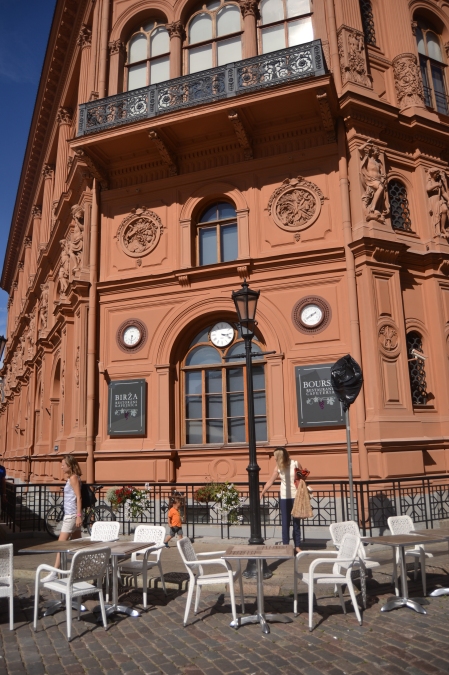 A breeze blew off the Daugova River and tempered the munificent sun. Trams howled and clanked along the boulevards which frame Old Rīga. Cobbled lanes converged in squares with verdigrised spires, turrets and towers, gargoyles, grotesques and columns.

The sun brought out the Beautiful People. They strolled in the squares, ducked into shops and draped themselves over chairs at tables under awnings, accessorising with cigarettes and espressos; they sprawled and frolicked in Batejkalna Park across the boulevard at the edge of the old town.

It is a pleasant park on a sunny day with its sloping lawns and meandering paths and cast iron standard lamps. The Pilsētas Kanāls divides the park into two and hands out half each to the Old Rīga and Centrs neighbourhoods. A pretty wooden launch from 1907 chugs tourists along the canal. It chugs under bridges, past a fountain, through a tunnel, alongside the Central Market, then chugs out onto the river under the railway bridge and the road bridge and back through the marina, past moored yachts, and round again to the canal. 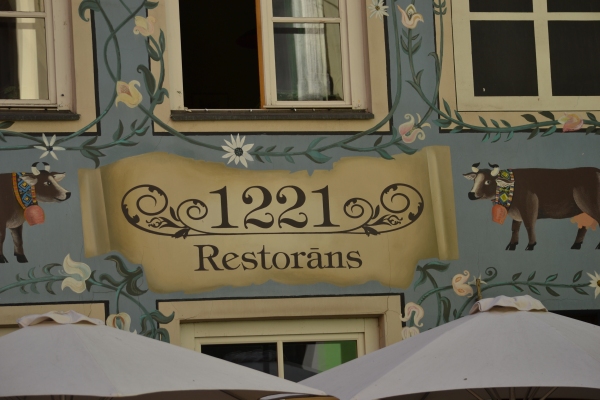 The market was the biggest in Europe, once. Its buildings were made from old Zeppelin hangers. The stalls spill out into the surrounding streets and occupy several blocks. You can buy a whole salmon, a big sack of cat litter and a Soviet air force uniform, if they all happen to be on your shopping list.

Centrs is quieter than Old Rīga but just as beguiling. It has more Art Nouveau facades than you will see in one place anywhere else in the world, and they are as exuberant as anything but Gaudí’s Modernista buildings. Mikhail Eisenstein, father of Sergei, the Battleship Potemkin director, designed some of the more arresting, with eagles, sphinxes, lion’s heads, keyhole-shaped windows, and human faces with gaping mouths and expressions which suggest they have just seen the architect’s bill.

I had a room in the top of a townhouse right in the middle of Old Rīga. It was just a mattress on the floor of a room little bigger, but I was happy enough with that. Or at least I was until I tried to sleep and found out how good the sound system was on the late bar round the corner. Earplugs just muted the higher frequencies and seemed to trap the bass in my skull.

I got up and got dressed and went out in the end. It was a warm night and I walked round Old Rīga, then sat a table at a bar in the square and had a couple of beers. The music had stopped by the time I got back and I slept then, finally, for a few hours until the other guests began to get up. Whenever the heavy front door slammed shut, as it always did, it shook the whole fabric of the building; two people walking down the corridor was like a surprise attack by a battalion. 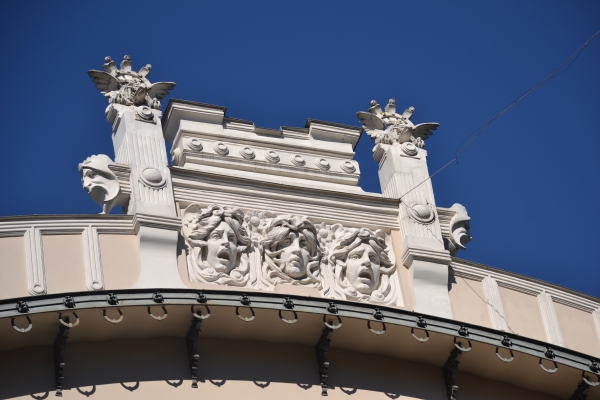 The next night was the same, except that people moved into the room next door a couple of hours after the music stopped and the walls were so thin that their conversation was as clear as if they had been sitting on the edge of the bed.

I logged, fuzzy-headed, onto a booking site and paid a lot more than I normally would for a nice hotel overlooking Batejkalna Park. It was a lovely room and, on a normal Saturday, it would doubtless have been as peaceful as I had hoped; but that Saturday was the Rīga Festival and right across the street there was a 24-hour basketball marathon with booming commentary and amped-up EDM.

Fine, then, I thought, perhaps I will sleep when I get to Estonia.

7 thoughts on “Rīga, You’re Lovely, but Please Let Me Sleep!”